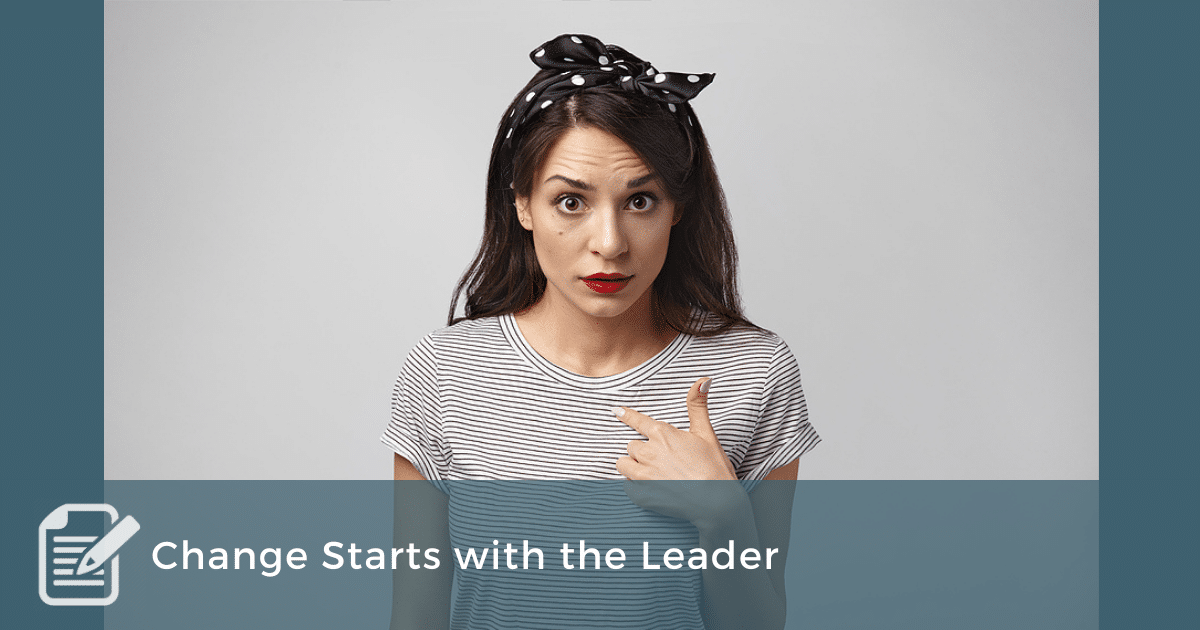 Timothy Gallwey was a tennis coach, who through a strange set of circumstances, found himself coaching a large corporation in desperate need of change. He met with the top leadership, and they all enthusiastically agreed he was the man to facilitate the change. They just had to figure out how to get started.

An executive was put in charge of the process and given two weeks to develop a plan. Gallwey waited, expecting to be called in a day or two to help develop this plan. No call. After the two weeks passed, Gallwey called the executive. He couldn’t figure out how to start. Gallwey suggested the obvious: “Start with yourselves.”

The executive responded, “I thought of that. It won’t work. They will take it as an insult.” The whole organization needed massive change, except for the leaders of course.

Gallwey identified three truths about organizational change. (From his book, The Inner Game of Work)

It does not naturally occur to people that the change should start with them. People do not see themselves as the problem. A good coach should often ask: “What needs to change in you for this to happen?” In my coaching, this question is usually followed by dead silence. There is a small degree of insult. And then, the client honestly engages the question. The insult passes quickly.

2.  Resistance to change is often resistance to the process of change rather than to the particular change at hand.

When an organization resists change, leaders take it personally. Leaders think the resistance is a rejection of them personally. It isn’t. It is a resistance to change itself. In his book, A Failure of Nerve, Edwin Friedman says that leaders should expect sabotage. Someone will throw a wrench in the gears to ruin the process. Friedman says it is not because they don’t like the change. It is because they don’t like any change. A good coach should help the leader probe the nature of the resistance. If not, the leader is liable to bunker down in a defensive position.

3.  Resistance to change in the organization is rooted in the prevailing command and control corporate culture.

Culture has a strong hold on organizations. Each person in the organization has established an inner voice that speaks for the culture. Culture says things like:

Command and control exist in the ether of an organization. It is unspoken but quite powerful. People have been conditioned to think a particular way, and they are resistant to step out of that mold, even if the leaders have said it is ok. The coach can help the client think about how to change the culture and create new voices that encourage the desired change.

Extra work needs to be done with your leader client if they want to successfully lead change in their organization. None of Gallwey’s observations are obvious. A good practice would be to use these as a resource to make available to any clients who are leading change. Then bring these observations into the coaching conversation and let the leader ruminate on how best to address each of them.