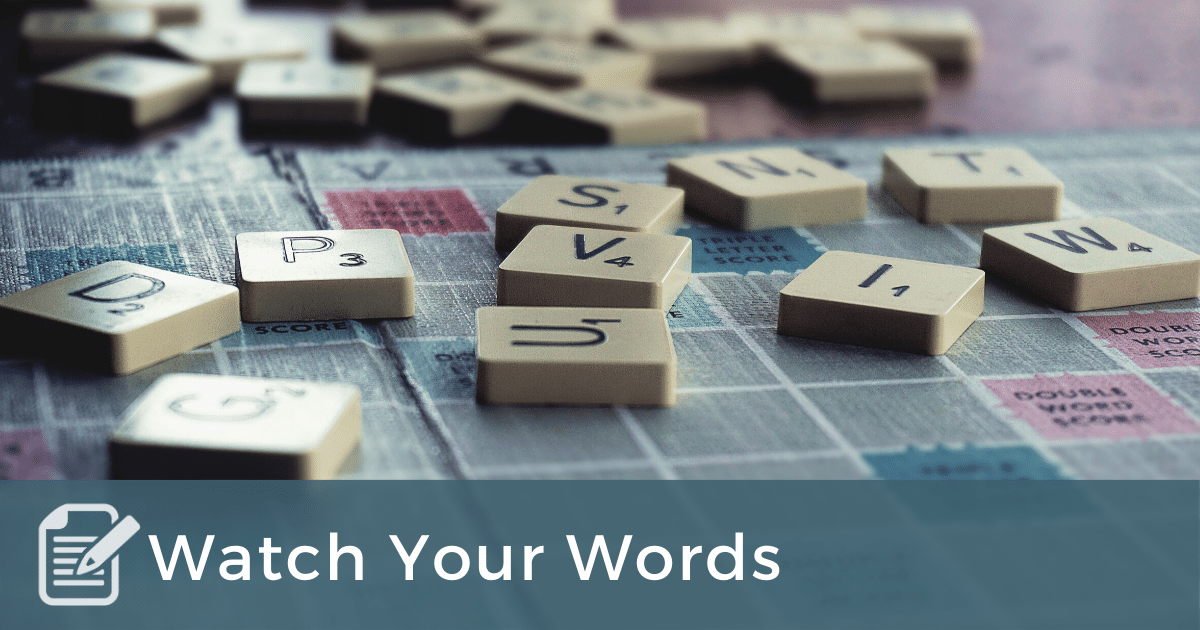 Kilgrave is one of the best villains on TV.  As the main bad guy in the first season of Jessica Jones, he’s a formidable foe because he has the power to control people with his words.  If he says, “Jump out the window” another character will leap through a 20-story window to his death.  Talk about mind control!

You have a similar superpower.  Hopefully you’re not a sociopath who harms people with your words, but you can perform mind control.

While your words have influence over other people, the main person you control with your words is the one who looks back at you in the mirror.  Here’s a simple yet powerful truth: the things you say to yourself hugely influence what you believe and what you do.

Here are some common messages that speak harm:

As coaches, we practice active listening by which we really tune in to what someone is saying AND what they are saying beneath the words they’re speaking.  When we truly focus on our client, we can often hear unkind messages being broadcast in the background.

Recently I had a client frustrated with an employee who had offended him.  I listened carefully.  He repeatedly mentioned disrespect.  He described the offending employee condescendingly (“And then junior decides to backtalk me!”).  His emotions amplified his words.

After listening to my client vent for a few minutes, I offered, “What makes you think he should have treated you better?”  My client was somewhat taken aback.  He replied, “He should treat me with respect because I am his boss.  He should know better!”

As coaches, it’s our job to help our clients uncover the background messages that inform their perception, thinking, and actions.  That said, it’s not our job to diagnose.  They are the ones who must discover the message; we are here to facilitate the discovery, not convince them of what we think we see.