Blog Post: How to Talk About the ROI of Coaching (Re-post) 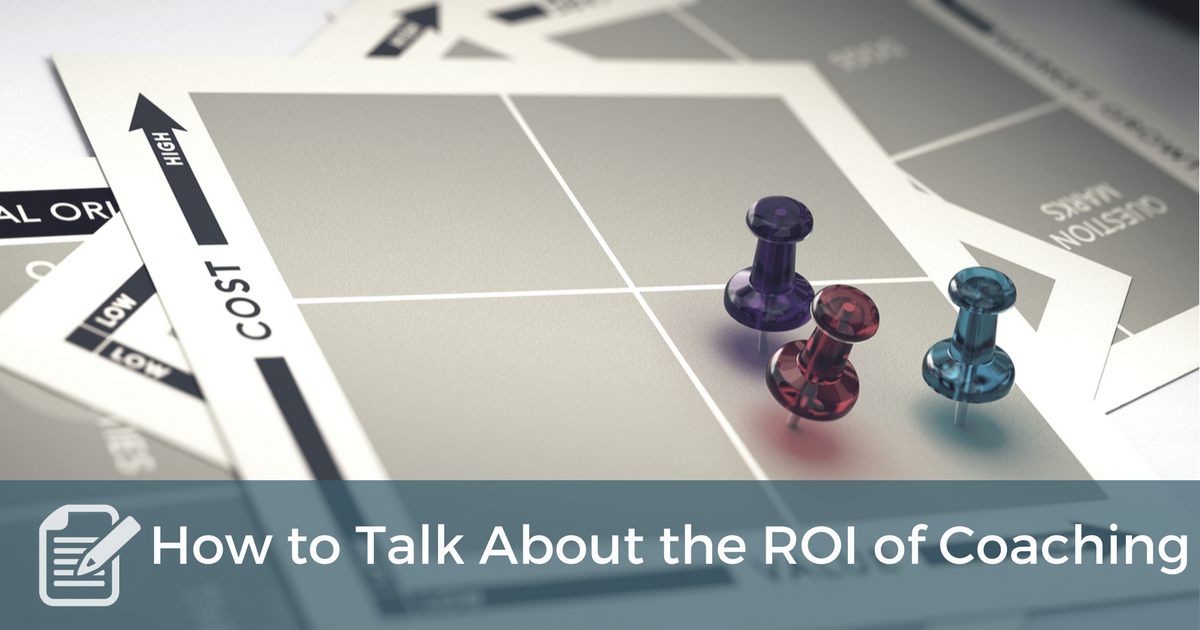 If you’re not familiar with some business jargon, you might wonder what that typo is in the title of this post. ROI is shorthand for “Return on Investment” and it’s a quick way of expressing the concern that what I put into something (Investment) needs to get me some results (Return). The term is technically applicable to true investment scenarios where the investor wants to know his or her rate of return, but it also gets used in all sorts of other ways, including when considering coaching.

People and organizations that pay for coaching rightly want to know if what they will get from the coaching is going to be greater than what they put in. As coaches, we want to say, “Of course it is!” but this is often not enough to convince even the somewhat skeptical. So how can we talk about ROI?

First, you need to be aware that measuring ROI is incredibly difficult, especially when it comes to training and development (T&D). A T&D investment occurs alongside a lot of other factors such as business climate, other investments that are made, personal choices, and management decisions. So if a business wants to pin certain measurable outcomes to the T&D investment, they will spend more money analyzing and separating the various factors in order to pinpoint what exactly caused the outcomes than it’s worth. In other words, measuring ROI is usually more expensive than the Investment you made in the first place. So put away your calculators and spreadsheets.

For example, when I served as an internal coach at the software company SAS, we connected coaching to several desired outcomes, including employee retention. As a company we knew that it cost about one year’s salary to replace an employee who was fired or quit. In the rough and tumble world of programmers and sales people, there’s a lot of turnover (18% annual turnover was the average then), so that’s a lot of money being wasted. We also knew that people left a job not just for more money, but because of poor management, because they didn’t feel supported, and because they weren’t growing as a professional. If hiring one full-time coach could save the costs associated with two people quitting or getting fired each year (out of 10,000 employees), then the investment in coaching was worth the return. At the time, our annual turnover was 4% and so even if coaching contributed only slightly to that low number, it was well worth it.

Most of us don’t coach in big companies who are hiring fulltime coaches. So how do we talk about ROI? Basically in the same way: we connect the investment to what the client (or sponsor) wants to get from the coaching.

Here are some tips for doing just this in your setting:

Finally, I know we say this all the time, but you must remember that nobody buys coaching. People hire a coach because they want some kind of result or benefit from the coaching. The more you can talk about the benefits of coaching (not how coaching works), the more you’ll help potential clients make a good decision about the investment. You don’t want your client asking, “Do I want to pay $600 for coaching?” You want him asking, “Do I want to pay $600 to finally get this first draft completed?”

What about you? What have you found useful when it comes to talking about the ROI of coaching? What mistakes have you made? What advice would you give other coaches?

PrevPreviousCoaching as Care for Souls
NextClient In an Anxious SystemNext