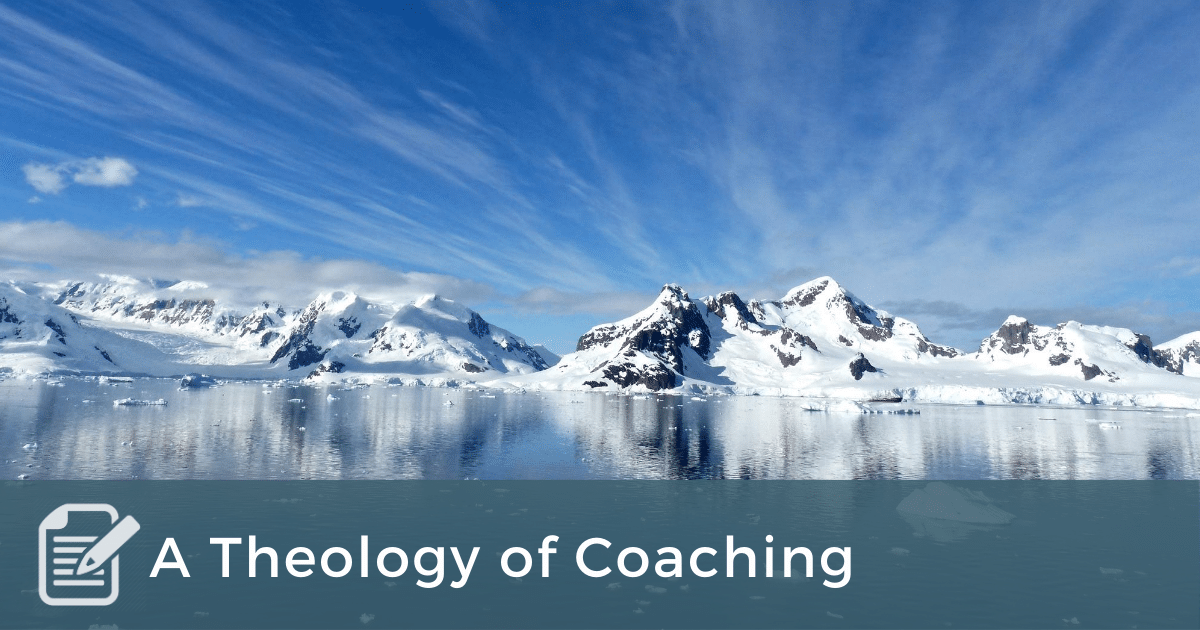 Perhaps the deepest driving principle for me and the rest of the CAM leadership team is this: coaching is a way of joining God as God works in the lives of other people.  In other words, coaching is ministry.

I believe this principle to be true, whether coaching occurs in a ministry setting, a business setting, or any other setting.  How so?  Let me share three core truths that underly this principle.

Where God Is at Work

In the classic Bible study Experiencing God, Henry Blackaby encourages Christ followers to “discover where God is at work and to join Him there.”  I‘ve always found Blackaby’s charge to closely align with a coach approach to helping others in that a coach does not bring God’s work to the other person, but, instead, discovers what is already going on in the life of the other person and then aims to facilitate that movement.

One of the most difficult habits for new coaches to overcome is the tendency to think the coach is bringing wisdom, delivering truth, or pointing out to the client what should be true in the client’s life.  In other words, it’s tempting to think we (the coach) bring God’s activity into the life of the client.  But the truth is that God is at work in every life well before you or I arrive on the scene.  A sound theology of coaching recognizes God’s activity is not bound by the coach’s presence or activity while also recognizing God’s willingness to partner with the coach in nurturing the client in some way.  In what way, specifically?  Of course, this is a major aspect of what the coach and client discover.

Forward in Life Is Closer to God

When you coach someone, you walk alongside them as they journey through life.  In fact, the coaching relationship helps propel the other person forward in their journey.  And anyone who is moving forward in life is moving closer to God.

What do I mean when I say a person is “moving forward in life”?  Simple: this describes a person who is reflecting on how things are, considering what could be, and making some effort to close the gap.  Moving forward means putting forth some effort at improving something in some way.  People do this all the time in millions of different ways – they strive to improve their situation, their relationships, their health, their well-being, and the list goes on.

Moving forward comes into clearer focus when placed alongside its opposite: moving backward.  A person moves backward when he is making things worse for himself and/or those around him.  A life moving backward entails becoming a worse person, doing worse things, and getting worse results.

Forward also stands in contrast to being stuck.  A person gets stuck in life when they either have no sense of direction or progress, or their attempts at moving forward are being frustrated.  I also like to distinguish people who are stuck and don’t know/care between those who are stuck and want to be unstuck.  The person who wants to be unstuck is much closer to moving forward.

My basic theology of conversion rests on the notion that conversion is both immediate and ongoing.  New birth occurs the instant a person trusts God’s goodness and receives grace through Christ.  Conversion continues to occur as the believer is transformed into the kind of being who could inhabit God’s kingdom forever and actually enjoy it. Growth of character is the essence of the Christian life this side of heaven.  NT Wright explores this truth with depth in his classic After You Believe.  In the book, Wright demonstrates that the transformation of character is what Jesus desires for all believers.

As coaches, we can play a role in a person’s ongoing conversion by supporting them in recognizing life’s challenges, engaging those challenges, and growing to overcome the challenges.  I recently coached a businesswoman who was in conflict with a team member.  Both women are driven, smart, and highly competent.  My client needed to balance her drive with some humility in order that she and her teammate could move from conflict to collaboration.  She needed some new behaviors, but more than that, she needed to grow the virtue of humility that would support the new behaviors.  Our coaching relationship created the space and opportunity for her to exercise intentionality in growing toward Christlikeness.  Our coaching did not initiate her growth, but facilitated her growth, which was made possible by the challenge she faced.

The notion that coaching is a form of ministry underscores the rich variety of ways God partners with humans in redeeming and restoring those He loves.  When viewed from a perspective of ministry, coaching becomes far more than a way to make a living or a way to help people – coaching is promoted to a place of eternal importance.

May God foster in each of us a sense of humble wonder that we can minister as coaches!