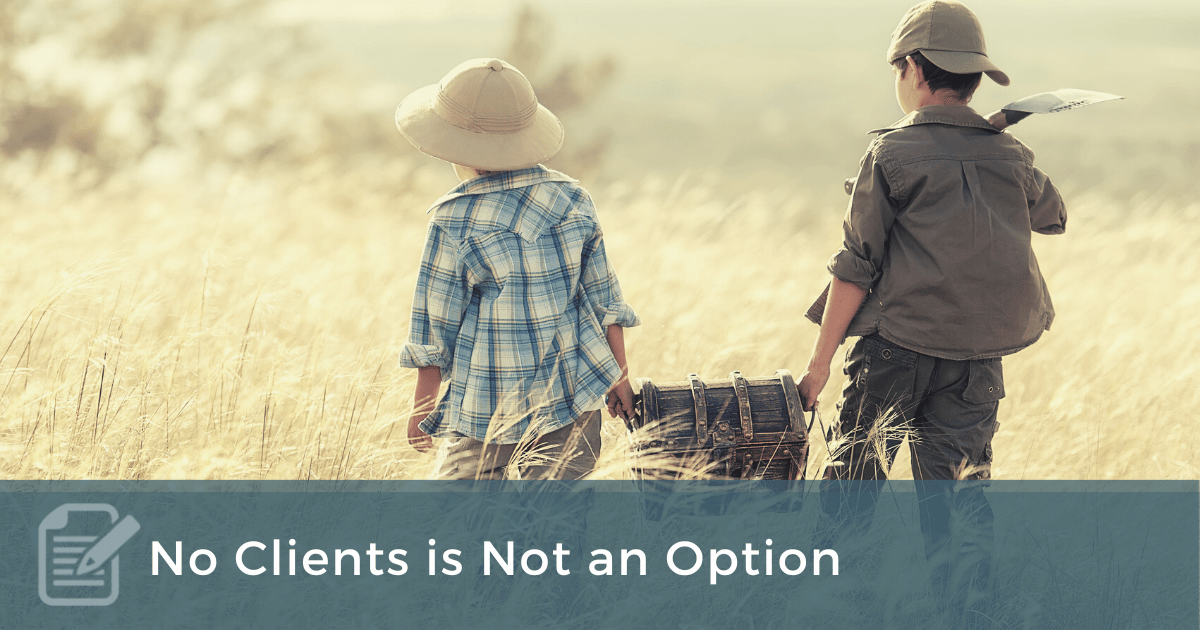 The land of Clientalia is a nation filled with people who are stuck, working toward a goal, unfulfilled in some way, or have a dream they’ve yet to realize.  The citizens there are a creative and resourceful people, and all that’s needed for them to flourish is a resource called Awareactionium.  The mineral is abundant, however, a citizen of Clientalia cannot acquire it on his or her own, it must be offered by a citizen of the neighboring nation of Coachellia.  Unfortunately, the citizens of Coachellia have massive stockpiles of Awareactionium that they, for whatever reason, choose not to share with the fine folks of Clientalia.  How sad.

The poor citizens of Clientelia stay stuck.  Their dreams go unclarified and unfulfilled.  They have goals, but they progress toward them slowly and often give in to the temptation to give up.  Many of them remain unfulfilled with key aspects of life.  If only the good people of Coachellia would release the stockpiles of Awareactionium so the people of Clientelia could flourish!

Okay, based on the previous two paragraphs, it’s quite clear I should stick with coaching and not hang my hat on a career as a fiction writer.  But maybe my hackneyed allegory gets the point across – when coaches have no clients, they are withholding a valuable resource.

I have trained coaches for nearly 20 years and 99% of the people I’ve trained are good coaches, meaning they are capable of helping another human being focus on an agenda that’s important, gain new awareness about that agenda, and discern new actions that can move the person forward.  Some of the coaches are great, a few are downright masterful, and others are merely competent.  But 99% of them are good enough that they would benefit the person they are coaching.  Their coaching would provide awareness and action – the key ingredients for helping another person move forward in life.

If you’re a coach who has no clients or too few clients, I urge you to overcome whatever obstacles you must overcome and get your coaching to those who can benefit.  And if urging is not enough, let me offer three ways to get clients.

Let me use an example from outside the world of coaching to drive this point home.  When I purchase a vehicle, it’s not about the car dealership – it’s about me!  I’m not doing them a favor – I’m doing me a favor.  The same applies when I go to restaurant or buy a new pair of shoes.  I know too many Christian coaches who withhold the goodness of coaching out of a weird, twisted, turned-around humility.  Get untwisted and go serve some clients!

When someone says no to coaching, they are not rejecting you as a person.  Their “no” does not diminish you, it does not make God love you less, it does not puncture your lung, and it does not pick your pocket.  It just means they don’t want coaching right now.

As a human, hearing “no” can feel like a rejection.  It can hurt.  It doesn’t have to hurt as much as we often allow it, but even so, we can deal with hurt.  You can deal with some hurt, right?  To make the valuable resource of coaching available to those who need it and want it, you may have to hear “no” from a few people – or a lot of people.

Face it, if you are going to have clients, you may need to up your influence game.  You may need to get better at helping people know the value of coaching, the way coaching addresses their problems, their desires, their life, and their story.

Some coaches think selling is icky.  Mostly this is because they have yet to fully embrace point number one: this is not about you.  They think they are selling themselves – whatever that means.  Or they think selling is somehow beneath them.

Honestly, selling is simply influencing.  And before you can coach someone, you must influence them to be coached by you.  While there are dozens of ways of doing this, there is no getting around this.  So roll up your learning sleeves, and go learn how to sell.

PrevPreviousAn Easy Way to Renew PCC
NextWho Would Want You as Their Coach? (Re-Post)Next