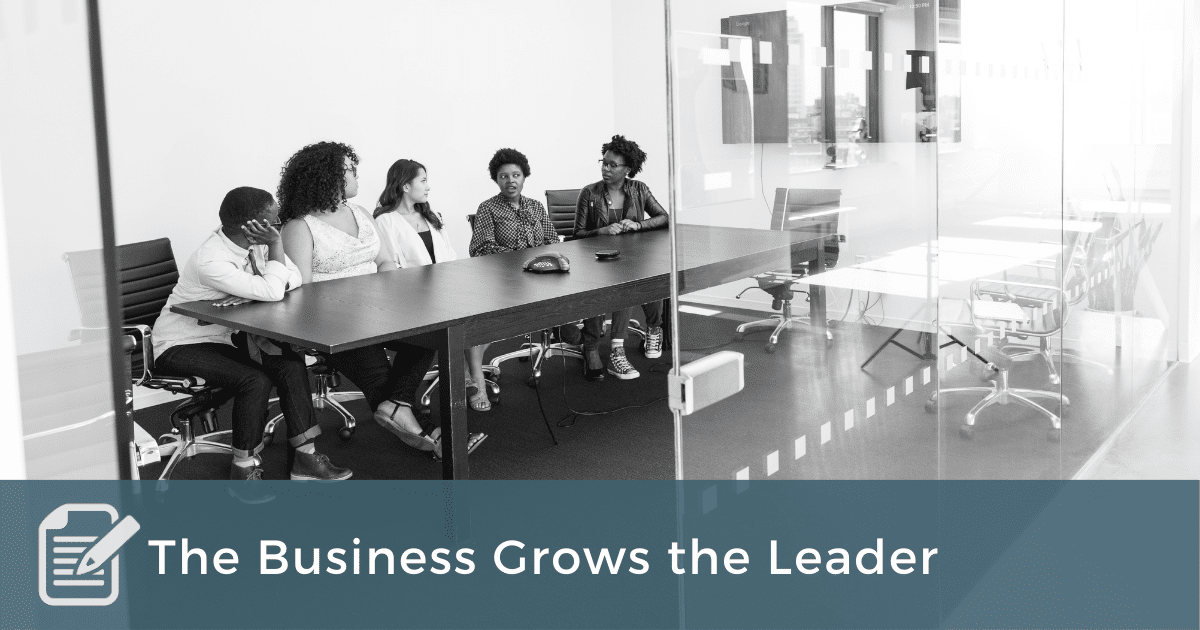 Like many readers of the CAM blog, I have the privilege (and responsibility) of coaching business owners and leaders.  My business clientele ranges from the owner of a 2-person pressure washing business to the ownership team of a $200 million energy company.  And there’s lots of variety in between those two examples.  Whatever the business size, industry, or other factors involved, one truth is constant: the business grows the leader.

A business leader benefits greatly from a coach who can help the leader identify the leader’s skill gaps.  A leader, like any other human, will tend to prefer contexts that allow the leader to leverage current skills.  This tendency will retard the leader’s growth by preventing the leader from stepping into situations that require more than what the leader currently possesses.

A coach stirs a leader’s self-awareness by focusing attention on what’s next and what that will require from the leader in terms of improved skill.  I recently had a client admit, “I’m not good at disagreeing with members of my team without burning them.  I disagree in a way that is way too critical and shuts them down.  So usually I just remain quiet.”  That’s what a skill limitation sounds like.  I invited him to imagine being a more skilled communicator.  Once he identified this need as a skill that he could learn, develop, and employ, he embraced the need to grow and began improving his communication.  His team (and his family) are thankful for his growth.

Second, a business grows a leader’s perspective, which is how the leader sees her world.  As the business develops, occupying the leadership role will eventually require the leader to make some shifts in how she sees the world, what she holds dear, and how she processes things.

My client loves providing service to her clients, which is what a technician does.  She’s great at it.  But the company needs her to let go of seeing things as a technician and start seeing things as an entrepreneur, who sees the world as a dreamer, looks to the future, seeks control, and thrives amidst chaos.  She needs a bigger perspective and until she grows a bigger perspective, her company will stay stuck and kind of frustrated.

I work with a business owner who is a truly good man.  If you’d have told me three years ago this leader needed to develop stronger character, I would have scoffed.  I would also have been mistaken.  As his business grew, it not only outpaced his skill and perspective, but it eventually required a much deeper growth from him.

My client made a bad hiring decision and when it became obvious he needed to let the employee go, the leader blinked.  He lacked the courage to do the hard, necessary, right thing.  In fact, he blinked for about three months as the company hemorrhaged money and everyone else questioned the leader’s fit for his role.  Only when the pain was great enough was he able to muster the courage needed to make things right.  He’s still digging out of the hole his hesitation dug, but he’s doing so with a new level of courage and conviction.  His character is stronger and he’s a better leader.

As coaches, we help leaders grow businesses.  We also help businesses grow leaders, which is really to say “grow people”.  This is why I never shy from helping a leader grow the business – eventually the business will return the favor.

Membership in the CAM Community of Coaches gives you access to our team of leading coaches who are dedicated to your success.