Blog Post: Why Leadership Is So Hard Right Now 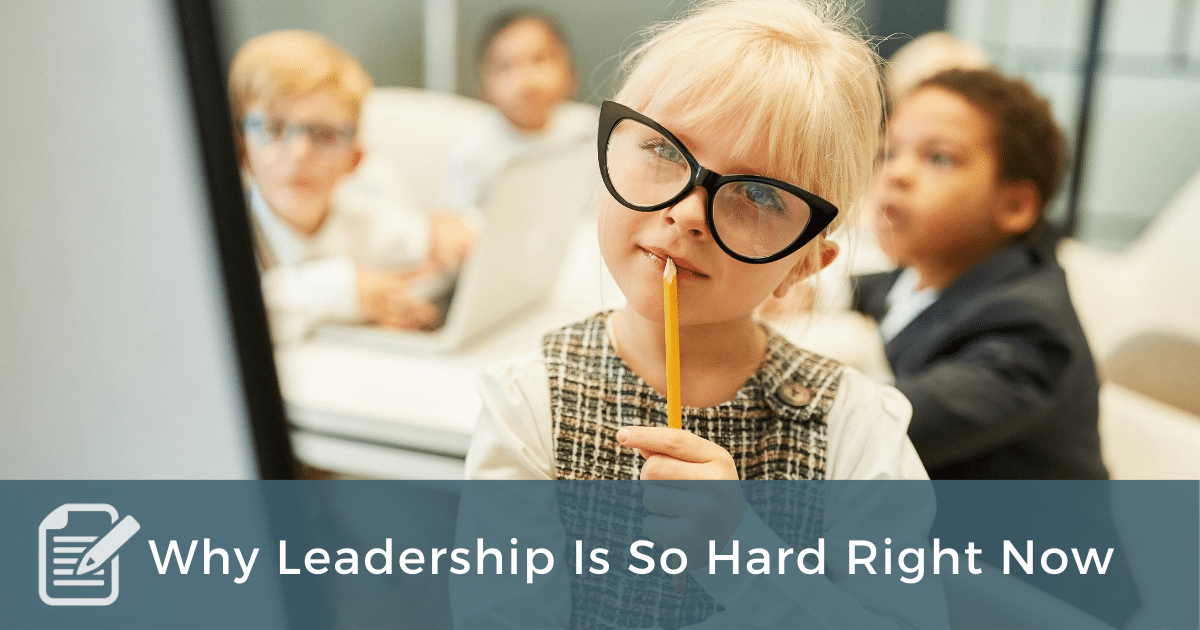 Leadership is hard because the world has changed. The world is always changing, but every thousand years or so, the world makes a hard turn that negates everything we thought we knew about how to progress and makes everything feel unexplored.

A year ago, we were complaining about how poorly schools were preparing our kids for the world, yet today, we are saying if we could simply get them back into a physical classroom, everything would return to normal. In only six months, we’ve forgotten that “normal classroom education” was broken.

Twenty years ago, we saw our factories moving overseas because developing countries could provide labor at 10% of the cost. There was no way to compete — even with the hardest and most innovative workers. Now we want those jobs back because we can’t see any better options.

A year ago, we envied churches who had converted old Wal-Mart buildings into churches to house their large congregations, who came to enjoy the high-tech worship and powerful communication abilities of the celebrity preacher. Today, many of these churches are begging people to come back into the building, perhaps because their mega-facilities have mega-debt. They have too much money invested to change course. They feel stuck.

However, many companies are changing course with the long term in mind. A year ago, companies were building bigger and bigger headquarters for employees to all work together. Today, many employees are working at home, and companies are realizing how much they can save on facility cost. They don’t really want their employees to come back into the office. It was an experiment they were afraid to try, but now that they’ve tried it, they don’t want to go back.

The World Is Changing

A Brief History of the World

It isn’t the end of the world. It is an entrance into a new world with new rules. We are now entering a fourth distinct age of communication. The world grandly changed with each of these innovations, and in each age, people were forced to change the way they experienced the world. (Listen to the CAM Podcast #199 The New Normal Ain’t Normal with Reggie McNeal.)

The churches, banks, governments, and schools that didn’t adapt to the epochal changes in each of these past communication ages QUICKLY ceased to exist. The rules for this new epoch (the digital age) are different than before, and we are living in the transition. Our rules don’t work anymore, and we don’t know/understand the new rules. And quite honestly, we (over age 50) will never fully understand them.

That’s why leadership is hard.

What will make leadership easier in the Digital Age?

As a coach, you may need to bring this global shift to your client’s attention. They sense it, but they may not be able to name it. Once they understand this distinction, it might help them to begin to move forward again. No more feeling stuck. No more wanting to go backwards. Perhaps they will begin to get a sense of how to move forward, which is what coaching is all about.