Blog Post: What To Do When Motivation is Low 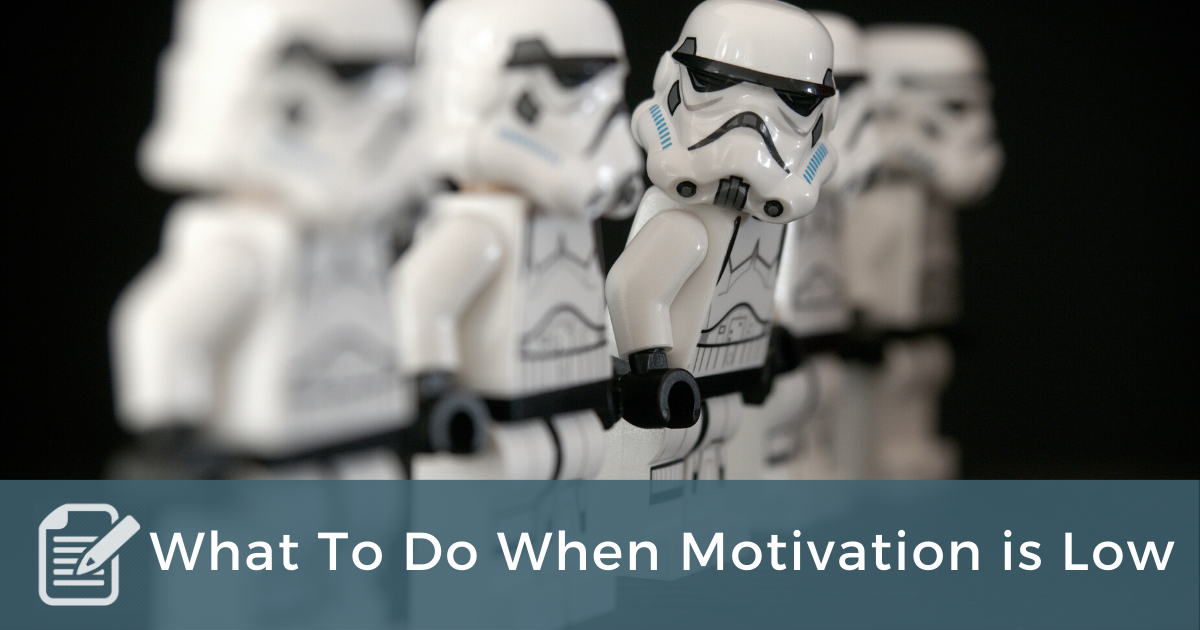 Mark came into the coaching relationship very excited about his goal of earning a promotion. He was a year into his role as a production supervisor in a manufacturing company and he had his sights set on becoming a plant manager and eventually a director of operations. Mark wanted the career advancement, but two months into the coaching relationship he was getting kind of bummed. Why? Because he hit a motivation wall.

Here’s a simple rule for getting what you want in life: find out the cost and pay it. As we coached, Mark came to realize what it would cost him to advance in his career: harder work, smarter work, learning some new skills, getting better (way better!) at managing and communicating, and seeing a bigger picture. He wanted his goal. He wanted to want to work to reach his goal. In other words, his motivations fizzled.

What do coaches do when our client’s motivation is low? Well, let’s start with what we don’t do. We do not throw up our hands in defeat (“After all, what can we do if a client isn’t motivated?!?”). One of the reasons a client works with a coach is to stir motivation, to increase and focus desire, and to truly want what the client just wishes he wanted. We need to own the fact that it’s perfectly reasonable to expect coaching to increase a client’s motivation.

Once we admit that it’s within the purview of the coaching relationship to increase motivation, we need some guidelines. One of the most helpful frameworks is the Motivation Equation. I don’t have a dry erase board in this blog post, so bear with me. Motivation = Expectancy * Value/Impulsivity * Delay. Let’s break down each of those four variables.

The Motivation Equation is simple to understand but using it to help spur motivation and goal achievement can be nuanced.

Mark wanted to move up the career ladder, but his motivation wasn’t high enough to keep him focused on doing what was necessary for advancement. As we used the Motivation Equation, it became clear that his motivation was lacking mainly because the denominator variables (impulsivity and delay) were too high. Impulsivity and delay were overwhelming the expectancy and value variables.

Mark knew the costs he’d have to pay in order to advance in his career, but he rarely found time to pay those costs because his impulsivity spurred him to focus on whatever immediate need clamored for his attention. He’d always framed his job as doing what was needed now and on his own, if possible. He began to realize that dealing with things in the heat of the moment and on his own was not the best way in his current role or in the roles he wanted to inhabit down the road. Instead of dealing with things impulsively, he pushed himself to take a more systematic approach, thinking through who on his team was best-suited for dealing with the issue then delegating and offering support. In this and several other ways, Mark worked to restrain his impulsivity in order to boost his motivation and stay on track for the promotion he sought.

Mark also worked to shrink the distance between now and the time for fulfilling his goal. Instead of thinking only in terms of his long-term ambition of becoming plant manager, Mark worked with the current operations director to identify some smaller, more achievable milestones. Putting his focus on the progress markers instead of the ultimate goal helped Mark feel a connection between his choices today and his desired future. This worked by making his desired future so far into the future, which shrank the delay while also raising Mark’s expectancy.

How will you use the Motivation Equation? Think about using it in your own life and work. Also consider using it with those you manage, lead, or coach. How can you use the formula to support others in staying motivated for their goals?