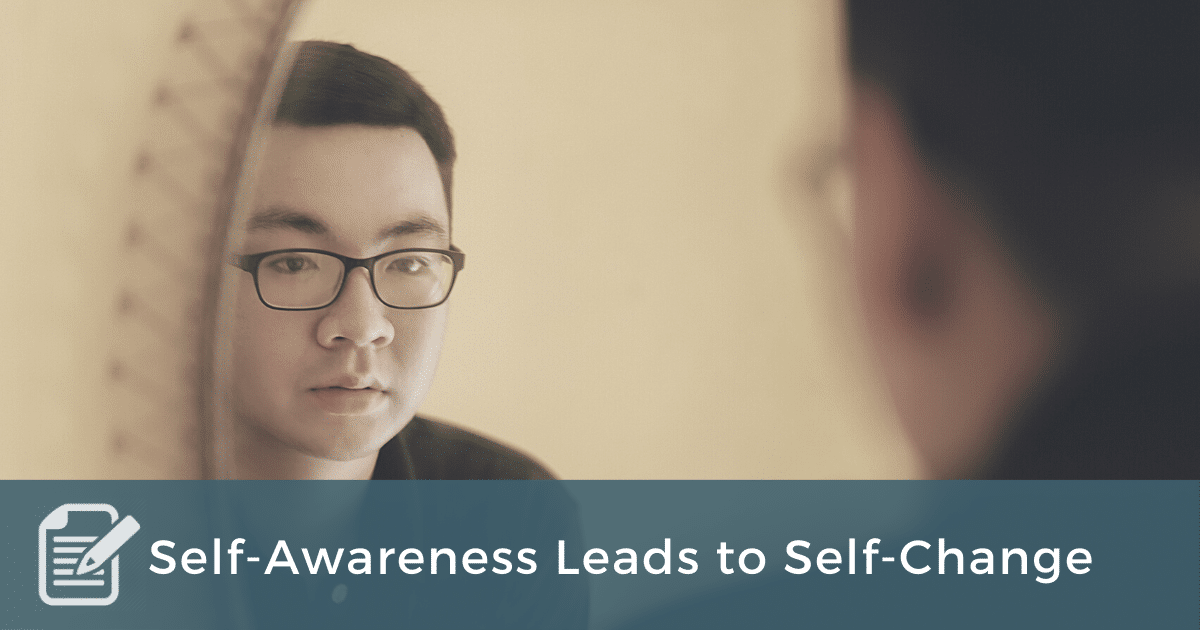 What distinguishes a professional-level coach from a beginner?  Several things, but one of the most important is the ability to invite and support self-awareness and self-change.  Sometimes we call self-change “internal shift.”  The idea is that the client realizes he or she is what needs to change.

One of my clients recently demonstrated the connection between self-awareness and self-change.  Florence (not her real name) came to coaching because of an ongoing and rather heated conflict with her boss, a sales rep.

In a nutshell, her boss makes the sales and Florence provides the back-office support and service to the clients.  I won’t get into all the details but suffice it to say that the two of them have very different working styles.  The boss is fast, fluid, aggressive, and is willing to be very flexible in order to make a sale.  Florence is sharp, accurate, helpful, and wants to do things right in order to help the clients.

In the course of our coaching, Florence admitted that she knew her boss was very unlikely to change.  And yet when her boss’s style and behavior ran against the grain of Florence’s values (doing things the right way), she could not resist pushing back.  Her boss interprets the pushback as disrespect, and the conflict that results is not the healthy version.

Florence’s self-awareness came when she acknowledged that her unyielding commitment to doing things right fueled the conflict just as much as (if not more than) her boss’s behaviors.  While her boss’s behaviors might be “wrong,” Florence’s reaction contributed to the wrongness of the matter.  She wasn’t the only one contributing to her situation, but it helped her tremendously to admit two things: her boss was wrong and her boss was not going to change.

I summed up her situation with an analogy: “Imagine you’re driving, and you have done nothing wrong, but a cop pulls you over.  The cop insists you ran a stop sign.  You know you didn’t, so you challenge the officer.  If you keep challenging the officer and escalating the situation, it will not end well.  You will be right, and you will be in handcuffs in the back of the officer’s car.  It’s bad to be accused of something you didn’t do.  It’s even worse to be accused of something you didn’t do and be in the backseat of a patrol car.”

Upon hearing the story, Florence muttered a rather tame curse word, shook her head knowingly and said, “The cop shouldn’t have pulled me over, but it’s my fault I’m in the back of the police car.”  With that statement, an entire new menu of options opened up to her.

Florence did the hard work of admitting her own role in creating the conditions she despised.  Before, she was plenty aware of her boss’s behaviors and how her boss needed to change.  That kind of awareness can only get a person so far.  Florence’s self-awareness is what allowed her to have agency in the situation.  Embracing her contribution to the conflict required Florence to exercise tremendous maturity and strength, which she was able to do.

Florence emailed me a few days after the coaching session and let me know how much the situation had improved.  The situation improved because Florence’s perception of the situation had changed.  That’s what growth and experiencing an “internal shift” is all about.

PrevPrevious5 Expectations for Your Clients
NextA Coach Approach to GriefNext