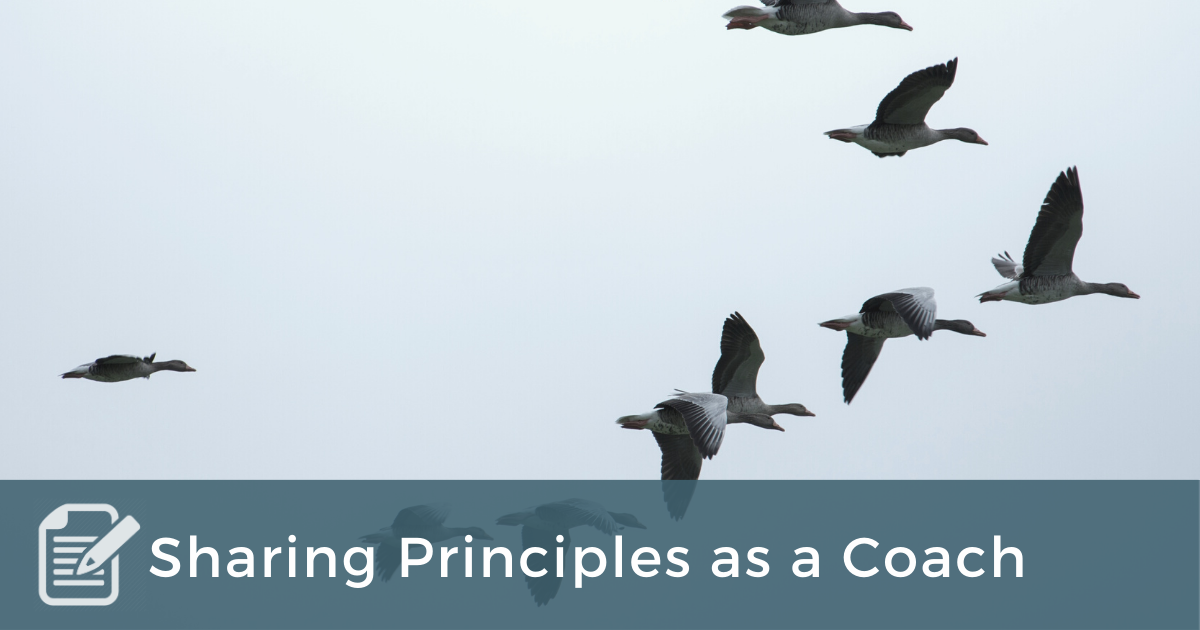 Many of the people I coach are leaders – people who by career, vocation or whatever are in a place of influence with others. I often remind leaders that their first responsibility is “to define reality.” This phrase comes from Max Depree, who served as CEO of Herman Miller and authored several great leadership books. I share this quote two or three times per month. Why so often? Because leaders often resist defining reality and this failure creates real challenges.

What does it mean to define reality? If you’re involved in anything meaningful, there’s going to be a certain level of complexity and this means there are multiple ways of interpreting a given situation, differing interests, and a variety of possible responses. People cannot move forward on multiple paths; they need a clear and singular path. A leader defines the reality of a situation by declaring what is really going on, including what’s important and excluding anything that doesn’t matter. Defining reality includes such behaviors as:

• Placing circumstances within the proper context.
• Stating how core values will play out in this situation.
• Pointing the way forward.
• Declaring what a victory looks like.
• Giving events their proper meaning.
• Removing confusion by rising above competing interests and conflicting narratives.

Leaders need to define reality because people need to be on the same page if they are going to collaborate for a shared victory. Yet, even though this is the leader’s first responsibility, some leaders fail to make it part of their job description. Why? I’ve noticed leaders tend to resist defining reality for three reasons.

First, some leaders think it is arrogant to define reality. Such a leader wonders, “Who am I to state the true truth of this situation?” This is understandable. After all, leaders are told to be humble servants, and voicing the authoritative word on a given situation might seem like a break with humility. It’s not. My response to the question of “Who am I to…?” is simple: you are the leader. It’s not arrogant to be a leader. In fact, it’s humble. Humility is knowing your proper place in the order of things and occupying that place appropriately.

Second, some leaders confuse defining reality with always being right. Great leaders listen to those around them and remain open to learning. So how does listening and being open jibe with defining reality? Simple: the leader cannot know reality unless he or she has listened, observed, and taken in the relevant information. The true leader embraces discerning and defining reality as it really is, not as they (the leader) would like it to be. A true leader takes responsibility for taking in information and processing knowledge in order to arrive at wisdom. This is hard work; shortcuts are not the path to wisdom.

Third, some leaders want too much to please people. There are two kinds of leaders: the kind who see which way the mob is headed so they can run out in front and appear to be leading, and the kind who set the direction for those who will truly follow. The people-pleasing leaders resist defining reality because they don’t have the courage to be un-liked, un-followed, and un-powered. The result? Dallas Willard makes a powerful statement about what happens under such leadership: “What is truly profound is thought to be stupid and trivial, or worse, boring, while what is actually stupid and trivial is thought to be profound. That is what it means to fly upside down.” Leaders declare which way is up, especially when doing so is unpopular or unwelcomed.

An Example of Defining Reality

Natalie is a client who manages an independent retail store. Recently she shared, “When I told our team how I wanted to change the floor displays, some of them balked. They pushed back and when I pressed them on it, they eventually agreed. But then they didn’t do what they agreed to do, and the floor displays are unchanged.” Natalie was frustrated. As she unpacked the challenge, she recognized that her end goal (increased sales) were out of alignment with some of her workers’ goals (keep things simple and easy for the workers). I asked her, “Who’s right?” She responded by outlining the importance of increased sales: keeping the store open, providing jobs for herself and other employees, providing a service to those who shopped at the store, etc. After doing the hard work of evaluating the situation, she declared, “In this case I’m convinced that changing the floor displays is the right thing to do.” I asked her what she was going to do with this news, and she committed to sharing the whole picture of why increased sales matter and how the improved floor displays would help. By giving herself permission to define reality, Natalie embraced the leader’s first responsibility.

“The leader’s first responsibility is to define reality,” is a principle of the sort that coaches need to know and be comfortable sharing. Sharing a principle such as this one is not leading or directing the client (something any good coach should resist). Instead, it’s an example of the kind of sharing that a coach should embrace. Of course, any kind of sharing should be done with respect and discernment, most notably the discernment of whether this principle will actually be beneficial to the client. How do you know if the principle will be beneficial? Ask yourself:

What principles do you frequently share in your coaching relationships? What have you learned about how/when to share? When have you missed the mark?

PrevPreviousDo the Work
NextHave These Questions at the ReadyNext