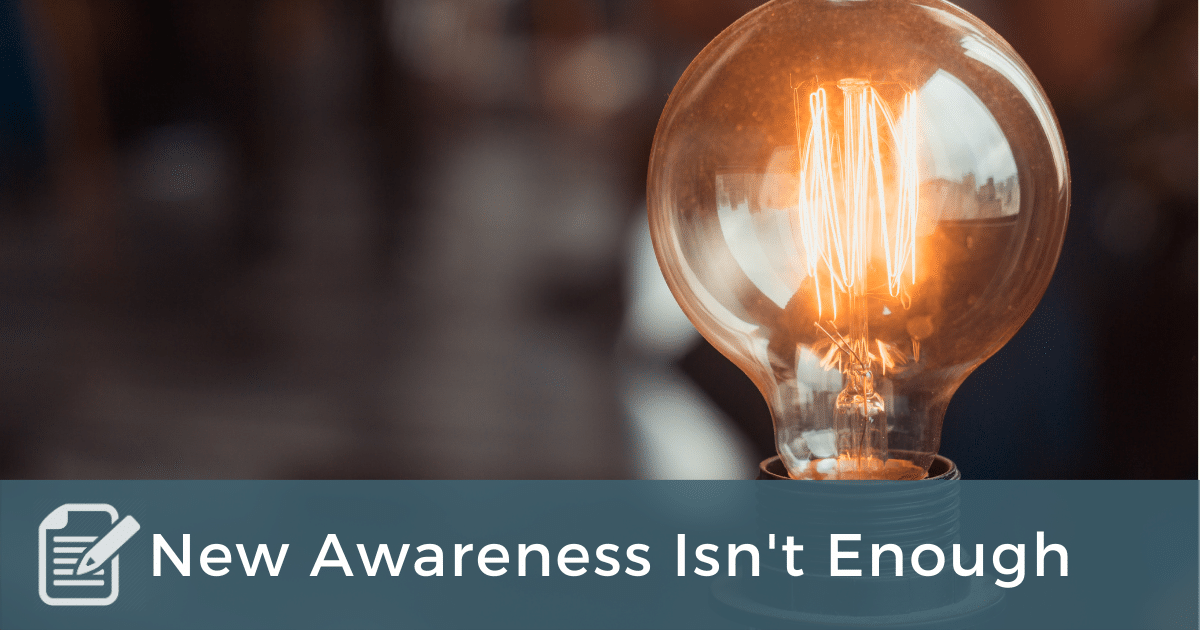 “Ideas are wonderful, but sometimes, in fact quite often, practice is also needed to begin experiencing new ways of being and behaving and to build these liberating ideas deeply into us as we live their meaning in our day-to-day lives.“ Dr. Daniel Siegel, Aware – The Science and Practice of Presence

When a professional coach works with a client, a measure of success is the amount of new awareness a client experiences because of the coaching process. New awareness comes in those “Aha!” moments of insight and understanding that reveal why we are stuck. And they can be ideas about what moving forward will involve. As a professional coach for the past 16 years, I have to tell you, there is nothing better than experiencing a client have a profound “Aha!” moment that shifts their world. I love those moments.

As much as those moments are critical to the coaching process, and as much as they are huge dopamine hits for coach and client, they are not the end of coaching, they are the beginning.

The path of least resistance is the path your client is currently on. It may not be the best path. It may not be the healthiest path. It probably isn’t even the path that will get them to where they want to go. But, because it is what they have already done, it is familiar. That gives them a feeling of safety. Because it is what they are already doing, it is known. We all like to do what we already know. It takes less mental, emotional and spiritual energy to maintain the status quo.

People don’t change until the perceived pain of the change is less than the experienced pain of staying the same. It’s the path of least pain people regularly choose.

So how do we possibly coach people to move forward in new ways of thinking, feeling and acting? By doing an experiment.

Early on in my leadership at my church we needed to make some serious organizational changes. The systems and structures were unhealthy and toxic. There were three major splits before I came. The church was so unhealthy it was recommended that they close and cease to exist. But those systems and structures were the familiar ones so they were what felt safe, even if they were toxic.

We made radical shifts in these systems and structures resulting in radical shifts in culture over a 3-year period by doing a series of experiments. Every change we made was put forth as an experiment we would try for a specific period of time with regular intervals of evaluation and adjustment. Every three months there was an evaluation where three things could happen:

1 – Stay the course. Don’t make any changes and keep pressing forward. Things are working.
2 – Keep the experiment but make adjustments because some things aren’t working like we want.
3 – Abandon the experiment and return to the previous norm.

During that three-year process it was primarily #1 that was chosen and occasionally #2. Never was it #3.

Insight and awareness don’t change anything. They only set the foundation for change. Action is what ultimately brings change. Rarely are those actions a revolution. (Revolutions are always bloody and have horrendous casualties.) Mostly those actions lead to a reformation. Reformations are deep, lasting changes.

If you want to coach change for clients or organizations, start a reformation. And you do this by co-creating a series of experiments. Wholesale radical shifts are sometimes necessary. But we all resist these acts of revolution fairly strongly. But almost everyone will try an experiment for a week, or a month, or a quarter. Especially if we know we can have some input on whether to continue or not.

The “practice” Dr. Daniel Siegel speaks about are the experiments we do to try on new thinking, new ways of feeling, new behaviors we had insight about.

The next time you find yourself coaching someone who is struggling and lamenting, “Why doesn’t anything change?”, do an experiment that will move them closer to what they want to see. Help them design actions to try on some new things and practice them for a specific period of time and then evaluate.

The change they want to see is more likely a reformation than a revolution. 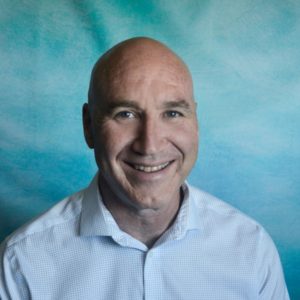